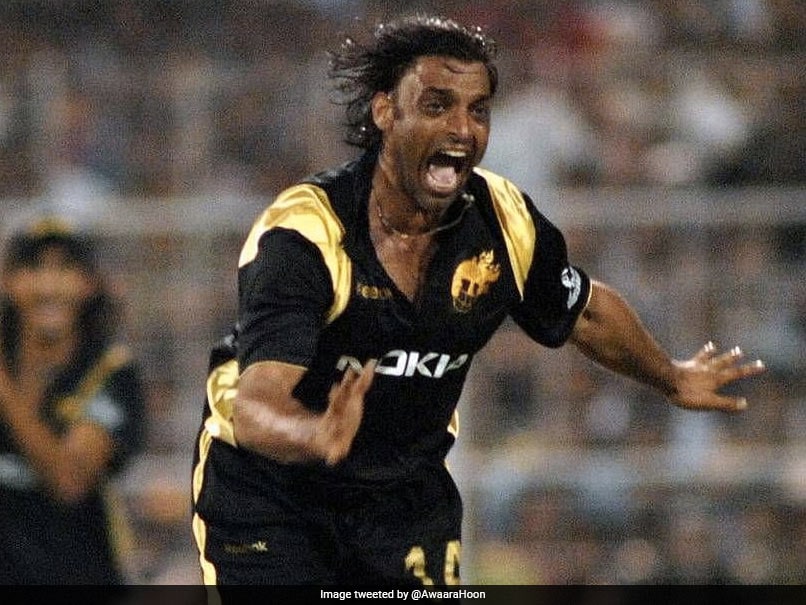 IPL: Shoaib Akhtar talked about his stint in IPL 2008.© Twitter

Former Pakistan paceman Shoaib Akhtar was a fan favourite wherever he went. Although he had a lot of fiery battles with Indian cricketers during his heydays, Akhtar was cheered by cricket fans when he played for Kolkata Knight Riders in the initial years of the Indian Premier League. Akhtar was part of the Kolkata Knight Riders franchise and he recently shared a funny anecdote from a match between KKR and Mumbai Indians at the Wankhede Stadium in Mumbai in IPL 2008.

KKR had been bowled out for a paltry 67 and it was star duo of Sachin Tendulkar and Sanath Jayasuriya who had come out to bat for Mumbai. Akhtar, who was bowling the first over, dismissed Mumbai’s favourite son Tendulkar in the very first over and that led to some hostilities from the packed and partisan Wankhede crowd.

“It was a beautiful ground and a fantastic atmosphere. Stadium was fully packed. But I dismissed Sachin Tendulkar in the first over itself and that was a huge mistake. Then I got a lot of abuses when I was at fine leg. Sourav Ganguly told me, ‘Come to mid-wicket, these people will kill you. Who told you to dismiss Sachin? That too in Mumbai?,'” Akhtar said in an interaction with Sportskeeda.

Sanath Jayasuriya was the star of the show for Mumbai as he slammed a 17-ball 48 to guide the home team to victory in that match. Akhtar said that he loved working and playing in Mumbai.

“I worked a lot in Mumbai and got lots of love. I was happy because at Wankhede no one abused my country, no one passed any racist comments. The crowd at Wankhede was very passionte. I wish I played more games there,” Akhtar said.