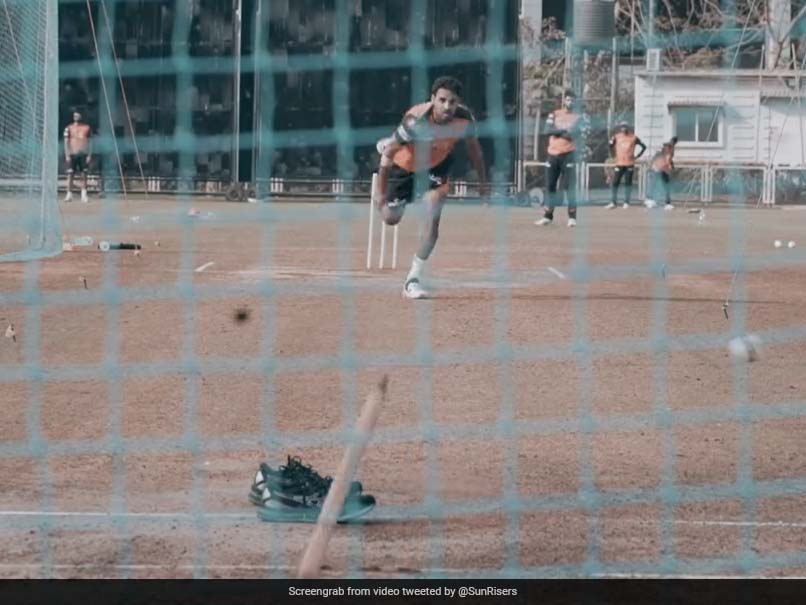 With SunRisers Hyderabad (SRH) set to open their IPL 2022 campaign against Rajasthan Royals (RR) on Tuesday, many fans and experts will be expecting Bhuvneshwar Kumar to put in a talismanic showing. In a recent video posted by the franchise on Twitter, the players were seen gearing up for Match 5 and the Indian pacer in particular looked to be in fine form as he smashed the stump with pinpoint accuracy during training.

Here is the video posted by SRH on Twitter:

Bhuvneshwar is one of the most senior players in the SRH camp and is also their pace spearhead.

For their upcoming game, SRH face RR at the Maharashtra Cricket Association Stadium in Pune and Bhuvneshwar will be hoping to use the venue to his advantage.

At Pune, he has picked 13 wickets in 15 matches, which is the second-most wickets for him at any venue in the IPL. Only Imran Tahir has registered more wickets than the pacer at this venue, which is 15 wickets in nine games.

Bhuvneshwar is also a two-time Purple Cap winner, having come out on top in IPL 2016 and 2017 with 23 and 27 wickets, respectively.

In 132 IPL matches, he has taken 142 wickets which also includes two four-wicket hauls and a five-wicket haul.

All eyes will be on the veteran bowler when SRH face RR in their campaign opener in Pune on Tuesday and he will be aiming to put in a good display for his fans.